A & B Buchan Limited are a Specialist Flat Roofing Contractors and Family run Business established since 1967 carrying out work throughout North East of Scotland on Domestic, Contract and Commercial Works.

Alexander (Sandy) Buchan started up the Business on the 14th of February 1967.

After leaving Alford School with few qualifications at the age of fifteen, Sandy worked on local Aberdeenshire farms, like his Father and Grandfather before him.  But in 1957, he decided to leave farming and joined the Army where he spent three valuable years before returning to Civilian life.  Changes in farming meant fewer job opportunities and Sandy found himself with the option of labouring or working with a Roofer.  The "Tarry Boiler" won and that was the start of Sandy's Roofing Career.  He learnt his trade working for a National Company in Edinburgh, but missing his Wife (Barbara) and young family decided to set up on his own, running the Business from his home in Keig.

Starting off as a Sole Trader A W Buchan, then went into Partnership with Barbara a few years later and then in 1990 Stephen and Sharon also became Partners,

In 2010 when Sandy and Barbara decided to retire A & B Buchan Limited was formed by Stephen and Sharon.

We have a loyal, experienced workforce with many of them having been employed by us for over 25 years all holding CSCS Cards for Single Ply Roofing, Built Up Felt Roofing and Roof Sheeting and Cladding.

Aberdeen based Safety Scotland Ltd have been providing us with all our Health & Safety Advice, Support and Training requirements since 2004

We became members of the NFRC in 1990, are registered with Constructionline and have Health & Safety Accreditations with SafeContractor and CHAS.

We are Registered and Approved Sika Sarnafil, Sarnafil Plus and IMA Contractors and approved Installers for Sika Ltd, Icopal Ltd, Bauder Ltd, Protan (UK) Ltd and access to several others.

Providing Flat Roofing Works throughout The North East of Scotland for the Domestic and Commercial Markets, with Clients ranging from Home Owners to the Major Building Contractors, Local Authorities, NHS, Universities, Gas & Oil Companies and many more. 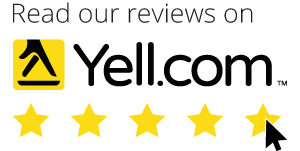